Mistakenly, one often refers to the Sun Stone, or the Stone of Axayacatl, as the Aztec Calendar vector. This sculpture does depict the 20 day signs, and even the four era’s of Suns that preceded the current Fifth Sun but is was not used as a calendar. Instead it was used as a sacrificial altar. So, what actually are the Aztec calendar symbols?

There is not just one Aztec calendar, there are two more or less independent systems. One calendar, called the xiuhpohualli, has 365 days. It describes the days and rituals related to the seasons, and therefor might be called the agricultural year or the solar year. The other calendar has 260 days. In Nahuatl, the language of the Aztecs, it is called the tonalpohualli or, the day-count. Most information on this Internet-site refers to the tonalpohualli, which is the sacred calendar. 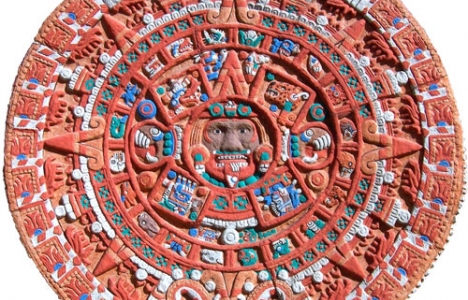 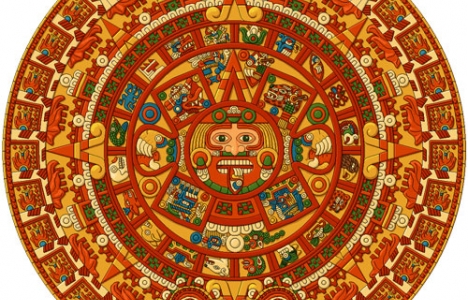