These days, simple seems to be better so here you have a rather minimalist design for a restaurant menu cover in several versions of color and background pattern but with the same interesting table dishes and text design in front, complementing the whole overall design. 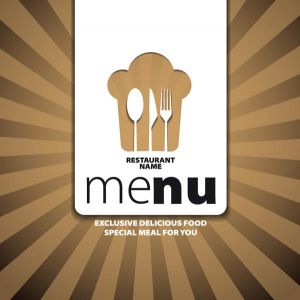 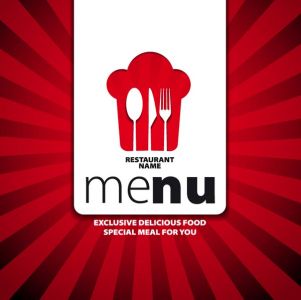 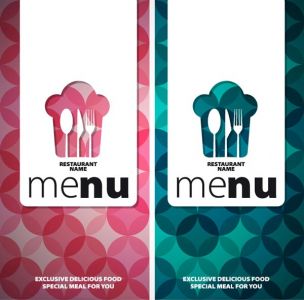