Various classic wedding bride poses designed as vector drawings with a touch of old style look and lots of elegant dresses that are featured on different minimalist backgrounds with red, blue, yellow and brown shades of color and some vector drawn decorations. 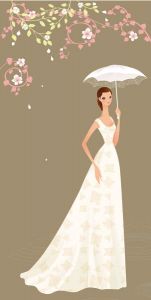 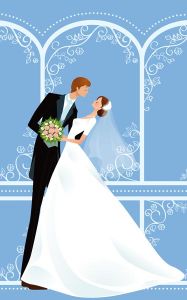 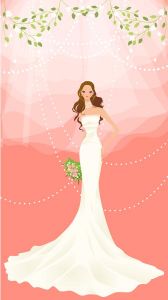 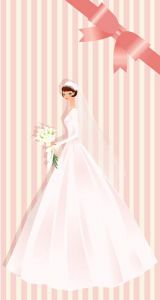 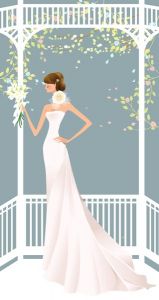 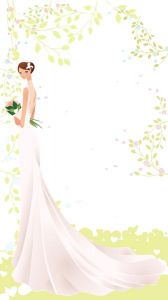 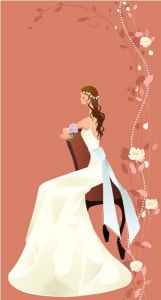